From the Bristol Channel to the English Channel 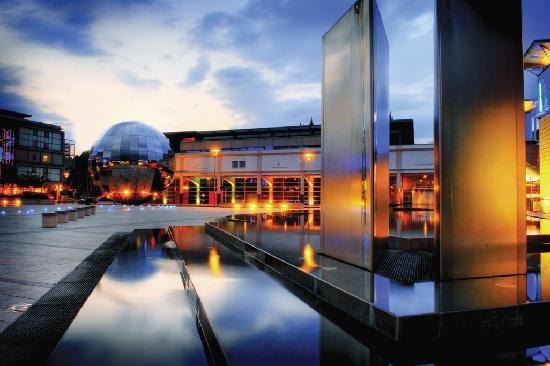 Today Used Cars of Bristol will take you on a coast-to-coast journey, departing from Bristol and arriving in Portland.

If you have never been to Bristol you should know that this city is incredible, apart from its past as an industrial city and the departure harbour for the New World during the 15th and 16th century. Nowadays it is a creative, hi-tech and educational city hosting major companies such BAE Systems, Airbus, HP, and Rolls-Royce (based in Filton) as well as two universities, but Bristol is much more!

The area has been inhabited for the past 60 millennia first by Neanderthals and then by the Cro-Magnons. Iron Age hill forts were built in the outskirts of the modern city as well as a roman settlement named Abona and another in present day Inns Court. The town itself known as Brycgstow “the place at the bridge” seem to have been founded in 1000 AD.

By 1067, the town was already a well-fortified “burh” that stood against the Anglo-Saxon invasions from Harold Godwinsons’ sons. Its location favoured the development of maritime trade with Ireland. From 1499 till the end of 18th century Bristol was a major harbour for the transatlantic slavery trade.

An economic slowdown happened in the 19th century due to the wars with France and the loss in the fight for supremacy among manufacturing centres such as Liverpool. But, it rose from its ashes at the beginning of the 20th century through the development of education and later on hi-tech.

We suggest you to visit a few landmarks in particular: Temple Church or the Cathedral and maybe have a look at Clifton suspended bridge.

Once you’re done take your car and drive along the A4 to reach the beautiful city of Bath it should take you about ½ hour.

Another legacy of the glorious past of this land, the city of Bath (called Aquae Sulis by the Romans) was settled during prehistorical times but took a real importance when the Romans settled in and built the “Thermae” (Latin for Bath) becoming an first plan religious settlement dedicated to Goddess Sulis (Minerva).

This cultural heritage was preserved even during the Dark Ages by the erection of Bath Abbey during the 7th century. But the real fame of the city came from Thomas Guidott a student of chemistry and medicine from the University of Oxford that studied the curative properties of Bath waters. From that moment the aristocracy arrived to partake in them.

The city was highly influenced by Georgian architecture which the “Royal Crescent” is the perfect example.

Taking the A39 southwards for about an hour you will reach the mythical city of Glastonbury.

Surrounded with myths and legends, place of pilgrimage for believers and pagans, Glastonbury is unique in our history. Believed to hold King Arthur’s Tomb and the place where the Holy Grail was buried by Joseph of Arimathea. The city is a cradle for our most ancient history.

Packed with mythology we advise you to visit Glastonbury’s Abbey if you want to honour the memory of King Arthur where his supposed tomb is. If you are not a firm believer of the Arthurian legend you can still discover the supposedly oldest above-ground Christian church in the World built by Joseph around the 1st century to house the Holy Grail.

You can also have a look at the Chalice Well that Christian mythology suggests as to be the place where the Holy Grail containing the blood of Jesus Christ was buried. According to local lore the waters would be like blood red, having the capacity to coagulate and be warm but this is another story.

Let’s leave the Arthurian legend to come back to a more recent period, take the A37 southwards to reach Portland your final stop; it should take you about 1 hour and 15 minutes. (FYI: you can also take the B3157if you want to enjoy the scenic road along the West Dorset Heritage Coast).

Built in 1539 by King Henry VIII as of the Device Forts to guard Portland’s natural anchorage, it is strategically positioned next to the tidal lagoon “The Mere”. The Device Fort was created to provide a crossing fire with its sister castle Sandsfoot Castle and protect trade ships from French Privateers. This castle was involved in many wars which the three major were the English Civil War, WWI and WWII. Between 1816 and 1869 the castle became a residence, it quickly return to its military background between 1869 and 1945 before being finally opened to the public in 1955. Do not hesitate to enjoy the stunning view from the gun platform.

We hope you have enjoyed this road trip brought to you by Used Cars of Bristol.