The Volkswagen Scandal: how their deception affects your world. 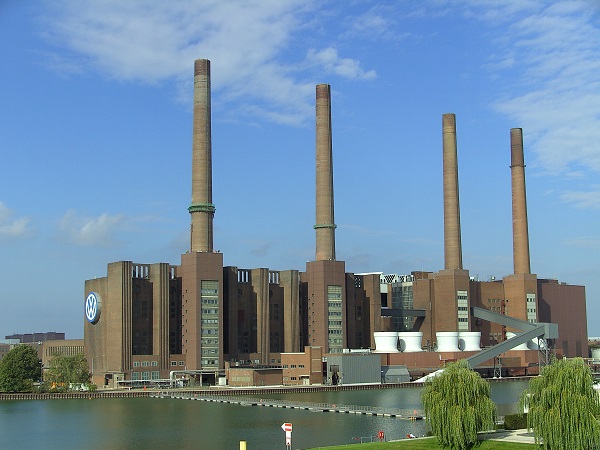 The Scandal: What did they do?

The Volkswagen scandal has become the “too big to fail” tale for the automotive industry, revealing that the second largest car retailer in the world has been involved with a deliberate and widespread deception. From roughly 2009-2014 Volkswagen fitted many of their cars with a device that detected when the car was being tested by various licensing authorities (the DVLA, the Environmental Protection Agency (EPA) in America and several others) and adjusted engine performance to a ‘test mode’ that lowered emissions to meet US requirements. Under normal conditions, outside of this mode, it was found that the same cars pumped nitrogen oxides (NOx) out at 40 times the legal limit, a pollutant that has been linked with respiratory diseases such as emphysema and bronchitis. Although UK and European laws are less stringent, the system also successfully hid violations on this side of the pacific, releasing cars to the public that did not meet minimum safe-emissions legislation.

This discovery will continue to have a major impact on the wider industry and the 1.2 million diesel vehicles in the UK affected by the scandal. It affects any Volkswagen vehicles fitted with an EA189 engine, both cars and commercial vehicles including brands such as Audi, Seat and Skoda. To the layman this means any 1.2, 1.6 and 2.0 litre diesel engines, including the Golf, Passat, Octavia and Fabia range. An Audi spokesman confirmed that the A1, A3, A4, A5, A6, TT Q3 and Q5 all have the above engine, and both the Jetta and Beetle models are also at issue.
Up to 3.6 million vehicles in Europe are directly impacted by this startling discovery, and up to 11 million worldwide. Around 2000 vehicles have been recalled in China, and the Australian Competition and Consumer Commission are investigating whether the company has acted in a similar fraudulent manner on their shores. If this turns out to be the case it is possible they will have broken Australian consumer law and could be subject to fines of up to $1.1 million per breach, though no conclusions have been reached by the investigation at the time of writing.
The company is also under investigation in the US for a similar suspect piece of software installed in their 2016 range. This “auxiliary emissions control device” helps separate the nitrous oxide into harmless chemical components, but it has yet to be discovered if this is a legitimate performance boosting system, or another attempt to deceive. The US investigation continues, but the impact of what we know already is significant and could last indefinitely.

Why does it matter?

Emissions are a significant factor in the modern mind: consumers care about the future of their planet and the place of their children on it. Many consumers feel cheated by the company and, in a survey conducted by which? Among 2000 such owners, an overwhelming majority are deeply concerned as to how this scandal will damage their re-sale value, their car’s performance and the environmental impact of their vehicle. Indeed there is some research to suggest that, should Volkswagen fix the cars to bring them in line with standards, fuel efficiency will be somewhat effected. As the system that was used to trap the NOx did so by using extra fuel, the ‘clean’ car burned more fuel than the actual MPG stated in the documentation, so drivers may notice a change ‘at the pump’. The different MPG rates between the ‘test mode’ and the actual operation are small, 4-6 mpg depending on the make and model, but significant over a period of time, and another factor that customers feel is influential on the purchase of a vehicle.

Volkswagen are planning on a massive recall of all the affected vehicles, one that should start in January of 2016 and be completed by the end of the year. They have set aside £4.8 billion to cover the cost of recall and repair, and owners of the affected cars will be informed by the Driving and Vehicle Licensing Authority (DVLA) what is to be to done and when. Many of the affected vehicles will have changed hands, moving through the re-sale market. Due to this the DVLA will be offered a list of the vehicles to be recalled and then use registration documentation to track down those who need to take action. If you have, or suspect you have a vehicle in this category, be sure to have it registered at your present address, and stay informed by checking the websites of the brands mentioned for any further official communication.

It could be that anyone who bought a car in this category will be eligible for some form of compensation, and consumer groups are waiting to bring claims against the company. Should you own one of the affected cars or have bought one new it is possible that consumers might be able to regain some financial compensation for the breach of trust and inconvenience cause by the deception.

Indeed British MP Patrick McLoughlin claimed, in a meeting with the British Chief Executive of the company, that Volkswagen deserved to suffer “substantial damage” due to their actions. According to British law deliberate deception of the DVLA could lead to prosecution and substantial fines in the UK, not to mention up to the €35bn of fines, lawsuits and damages in Europe that analysts predict. This possible financial penalty, above and beyond the cost of fines and penalties for breaking the law, has not as yet been acknowledged by the Volkswagen company, who as of yet admit no liability in this area. It is a case yet to be decided, but one that is made even more interesting, in the UK at least, with the recent introduction of the US system of class action lawsuits: a group of individual consumers can band together to take a single case to court, gaining compensation for every affected consumer.

What next for Volkswagen?

Volkswagen have been rocked on a global scale by the revelations. A brand new CEO, Matthias Mueller -former head of Porsche, another Volkswagen owned subsidiary but one unaffected by the discovery- has stepped in to replace the former CEO who resigned over the issue. The former CEO claimed to be “shocked” and “stunned” at the events surrounding the discovery of the emissions cheating, and a supervisory board cleared him of any direct culpability, allowing him to resign with a full (£32 million) pension. The new CEO Mueller made it clear that the corporation as a whole would be hurt deeply, informing the workforce of “massive cutbacks” that will directly affect them in the near future. Several engineers have been dismissed, and, some sources say, at least 30 management staff have been directly implicated in the deception, though Volkswagen deny this as investigations are ongoing.
The company itself intends a heavy re-structuring process, cutting back on expenditure to the tune of £750 million, overhauling their products and investing in new technology. With a clear stated focus on hybrid technology and electric cars, their new direction, if successful, can only be good for both the environment and the consumer who has an environmental conscience.

The Next Six Months

Much could happen in the next six months. Volkswagen appear to have lost the trust and confidence of their customers, and trust is difficult to regain once lost. As a brand they are seeking a new direction, even a new identity, one that moves in exactly the opposite direction from the scandal itself. If their 180o is successful they will have brought forward the environmental agenda on a global level, perhaps not sufficiently to recover their former glories, or offset their original deceit, but by bringing the global attitude to emissions to the forefront of the conversation and making considerable changes they could affect the whole direction of the global automotive industry. It is clear that no other company who values share price and consumer confidence will attempt a similar crime, but a successful change in direction for Volkswagen could encourage their competitors to pursue the development of cleaner technologies, in line with its major competitor Toyota. It was this competition with Toyota that may have contributed to the situation Volkswagen finds itself in. Toyota’s decision to develop along the lines of the Prius, attempting to lead the way in the hybrid market, caused the Volkswagen executive team to push hard on their diesel market share. Too hard it would seem.

Their own market price, the value of their stock, has taken a considerable beating in the time since the scandal came out. This, added to the considerable financial implications of the scandal in fines, litigation, damages and general consumer confidence, mean Volkswagen have a considerable amount of work to do to stay afloat, let alone on top. It seems likely that there will be a de-centralising of authority to the key brands, creating distance from the original Volkswagen parent company and allowing the brands to weather the storm without the taint of the parent company. One way or another the Volkswagen Corporation will be reeling from the shock of this scandal for a long time to come.

For the customer who has already bought into the problem and owns one of the affected cars, the main advice is to sit tight. The January recall will be the beginning of a journey that will last far longer than six months. Should the January deadline be realized, it could be upwards of a year before it is returned, and it might be a subtly different car. Further to this, anything owed to the consumer due to the company’s actions could take a good long while to sort out: if it is discovered that the company is liable for losses the return to the 11 million customers will be substantial.